YouTube began to limit the video viewing resolution in India. Via Android smartphones up to 480p only. After a few days ago, YouTube announced 480p resolution to the default setting worldwide.

Android smartphone users in India have reported that YouTube has only started limiting the resolution to 480p, even when playing videos with 4K resolution

This time limit Not only is it limited to mobile phone networks (4G LTE), but it is also limited on Wi-Fi. Even though being a YouTube Premium member, it’s also restricted. 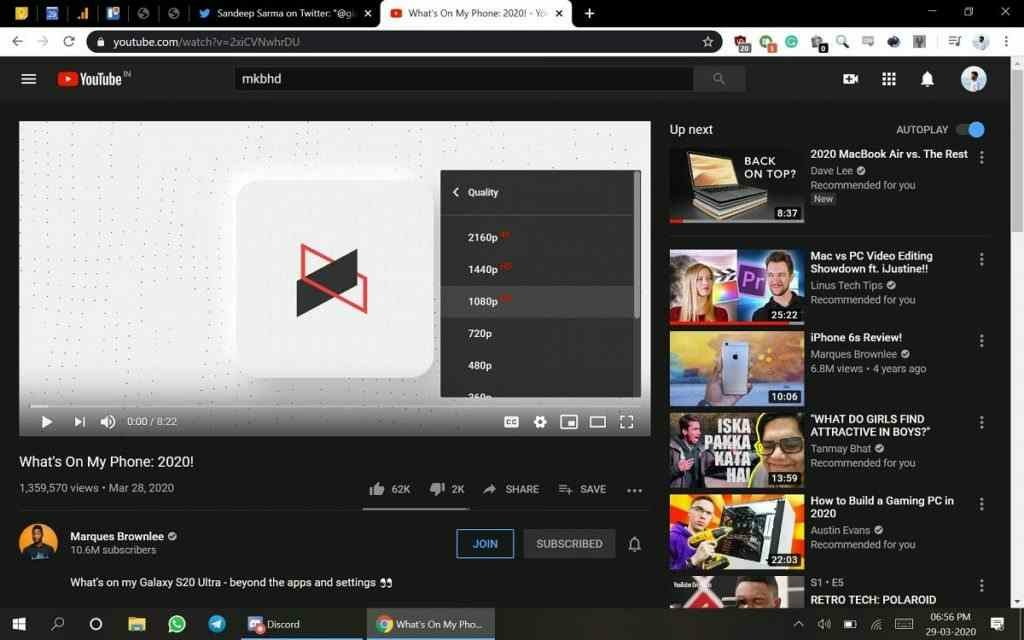 But for YouTube on the desktop, the resolution is still not limited. Right now, only YouTube on Android smartphones in India is limited in resolution.