Only au version SOG01 in Japan is officially released yet, but overseas there are some articles such as review articles of actual machines in some media.

Although there are some reports of defects, the impression is that they are not fatal and are generally well received.

Although it is such a new Xperia flagship, it became clear that this model has very interesting new features that are not well known .

As reported by XDA, this Xperia 1 II is equipped with a game optimization function “Game enhancer”, and there is a new function called “HS power control” in this .

If you enable this function, even if you connect the charger during game play, the power will not be charged to the battery and the power will be supplied directly to the terminal

Therefore, it seems that there is no load on the battery and it is possible to suppress deterioration and heat generation of the battery . 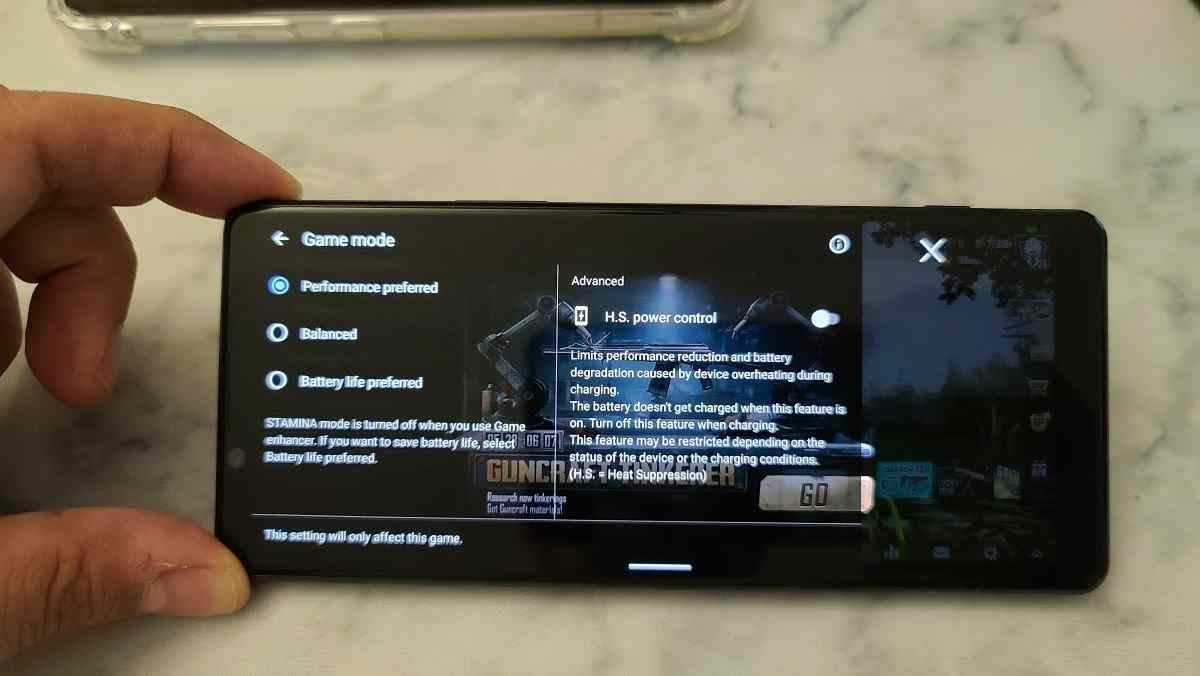 By the way, this “HS Power Control” doesn’t seem to have much information (or is there nothing at all) on the official website, but I personally think that it is quite a “hidden name function”, so I would like you to advertise it a little more.

At the moment, this function seems to have a limited use only during game play, but I think that the use will expand if it can be used, for example, when watching a video while connecting to a charger.
I wonder if there will be correspondence in future updates.