According to foreign sources, the Xiaomi’s Note 8 Pro, which runs on Android 10, was captured on the benchmark website Geekbench. Both devices currently run on MIUI 10 based on Android 9.0 Pie. 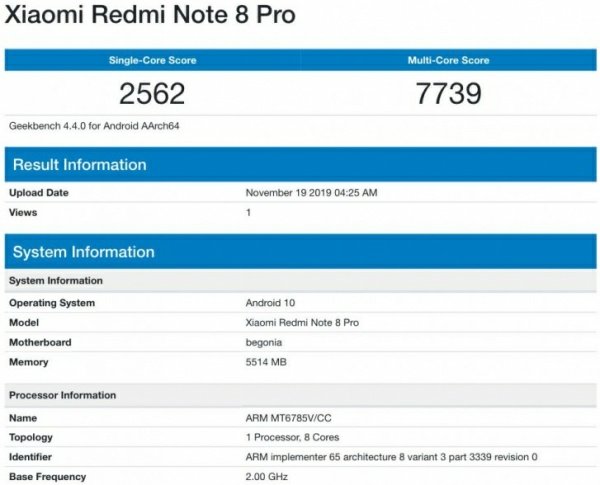 According to the roadmap released by Xiaomi, the Xiaomi’s Note 8 will receive the MIUI 11 global stability ROM update by the end of November, and the pro model will be updated in December. The foreign press said the timing of the update of the pro model could be advanced.