With Windows 10 Insider Preview Build 20190, Microsoft has updated the option to select the GPU to work with in some apps. 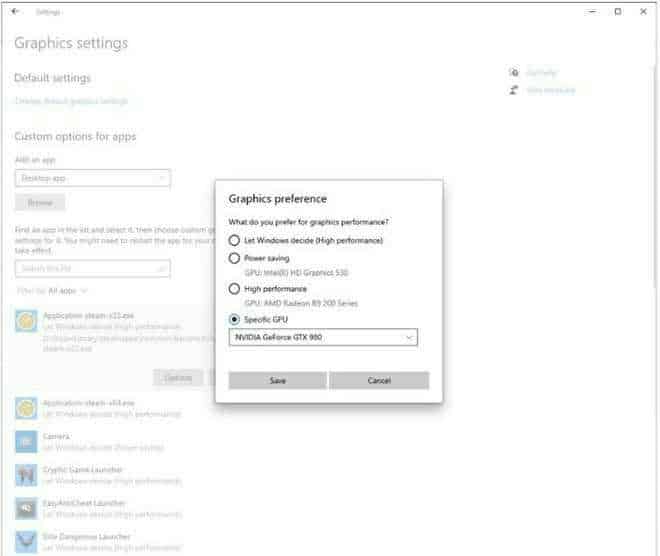 When the update is made, a specific GPU can be directly selected for each application, and this will increase the utilization of built-in GPU and external GPU users or users using multiple GPUs such as NVLINK and Amd Crossfire.

The current Windows build with this update is Insider Preview Build 20190, and you can check out the Microsoft official blog for more details.