With the release of M1 MacBook Air and MacBook Pro, related tests and performance scores have gradually increased recently. But what does the M1 chip look like? I believe everyone has never seen it. 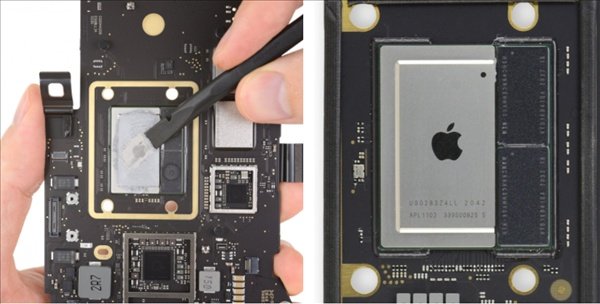 A few days ago, iFixit carried out anatomy on the new MacBook Air and MacBook Pro, and the true content of the M1 chip surfaced for the first time. 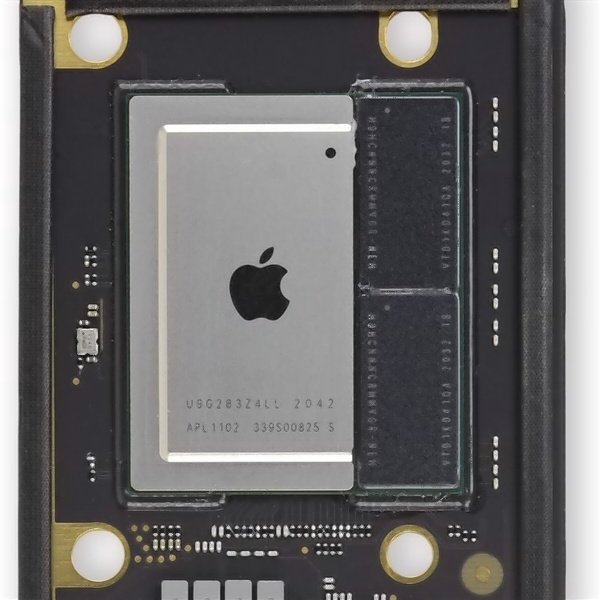 That’s right, it’s the silver chip with the Apple Logo on it. It looks like it’s only half? In fact, the rectangular chip on the right is an integrated memory chip-8 GB (2x 4 GB) SK hynix LPDDR4X memory. Call it the UMA same memory architecture.

Integrating the memory into the M1 chip, each part of M1 (including CPU, GPU, neural engine) accesses the same memory pool one by one , without having to copy or cache data in multiple places, which is beneficial to improve efficiency.

Although this design greatly improves efficiency, iFixit believes that this design is a “destructive” blow to maintenance personnel, which makes product maintenance more difficult.

In addition, there is no separate Apple T2 chip in the M1 MacBook, because the T2 security function has been directly integrated into the M1 chip.

From the internal structure point of view, the biggest change of the M1 version of MacBook Air is the use of a fanless design . Below the heat dissipation material on the left is the SoC chip, which may be the heat dissipation through the D surface metal. The original fan has been replaced by an aluminum extender located on the left side of the motherboard. In addition, there is not much change compared to the Intel version.

Of course, iFixit is still concerned about the fanless design of the MacBook Air. This kind of heat dissipation scheme may prolong the heat dissipation time of the fuselage a lot, and the stability of continuous output and high performance will be a hidden danger.

As for the MacBook Pro, since the appearance is almost unchanged from the previous model , iFixit said that it must be carefully checked to avoid disassembling the wrong machine. This means that some parts can be used in common with previous generation products, which greatly reduces the maintenance cycle and cost.