It is reported that Samsung Electronics began distributing One UI 2.5 to the Galaxy S20 series and Galaxy Z Flip 4G models in Europe and the United States from the 21st of last week (local time). 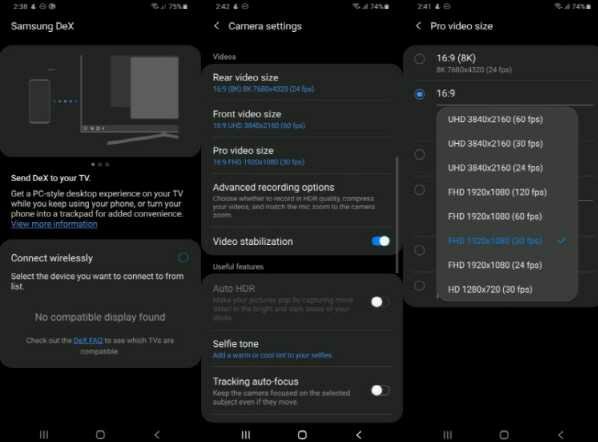 In addition, it is known that the F700U1UEU2BTGE firmware update, which includes version 2.5 of the original UI, is being distributed to the Galaxy Z Flip 4G model in the US. One UI version 2.5 was first applied to the Galaxy Note 20 series. ▲Pro video mode ▲It includes various functions such as Samsung DEX that supports wireless connection.

Domestic models of the Galaxy S20 series are expected to receive the original UI version 2.5 as early as this week.