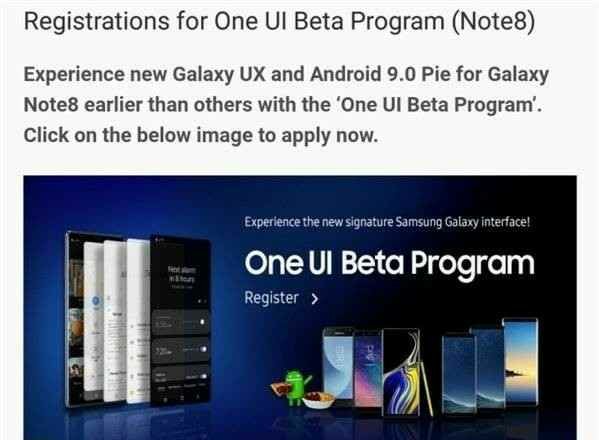 According to screenshots shared by users of the Samsung membership application on Reddit earlier today, Samsung Galaxy Note 8’s Android Pie beta program has been launched in India, and speculation will be extended to other regions in the near future, after which the Galaxy S8 and S8+ are also Will welcome the Android 9 beta update.