According to foreign media GSMArena reported that now, Samsung has begun to push Android 9.0 system upgrade for its Galaxy A9 (2018) mobile phone . Currently, this upgrade is only available in Poland, the specific version number is A920FXXU1BSC5, and the security patch is upgraded to the February 2019 version. 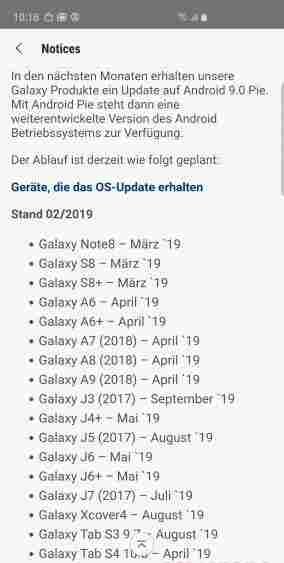 According to previous news, Samsung will push the Android 9.0 upgrade for this model in other countries in April.Samsung has a fairly broad line of smartphones that cover almost all prices. The flagships include the Galaxy S and Note series, mid-range A series, mid-range and low-end J, C and On series. However, with the launch of the Galaxy M lineup, Samsung’s product line may change in 2019.There are reports that the Galaxy A7 is also adapting to Android 9 Pie, but there is no certain push time, and it may be launched later this year.