Android 11 was released in full, successfully downloaded last night. Of course, the Pixel from the 2nd generation onwards began to receive universal OTAs, including OnePlus, realme, Xiaomi, who released the Beta for the participating models as well. But the OPPO side will look especially strong, preparing for the ColorOS 11 event, especially next week, September 14, to be able to receive a full update before anyone else.

The official page of ColorOS has announced the event was completed at 9 o’clock the past that the event will take place on September 14 at 4 pm Thailand time. In which the event will be held via online channels allowing people to join and watch at the same time 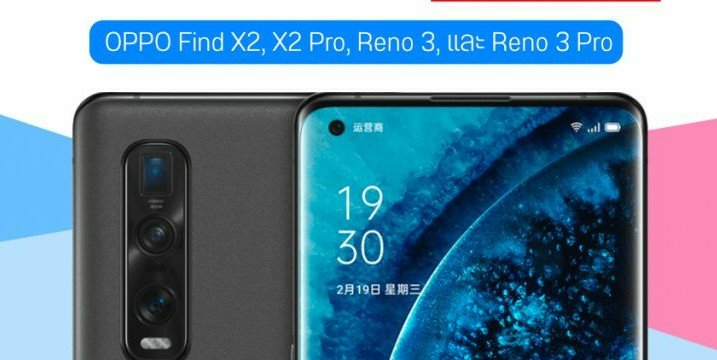 #OPPOColorOS11 based on #Android11 is coming! Save the date to uncover the endless wonders of ColorOS 11 by joining our Global Launch Event at 9AM (GMT) on September 14th!
But if anyone wants to try the ColorOS 11 before the event, OPPO has now released a Beta that can be downloaded manually for the OPPO Find X2, X2 Pro, Reno 3 and Reno 3 Pro models and wait to listen. That there is something in detail Including tracking which models will be besides the ones in the Beta program, when will they receive and receive them again on the day of the event at the same time