Open Titan is a new project that aims to develop an open source security chip design and finally release a model for use in data centers and infrastructure.

Open Titan is named after Google’s own Titan chip used in Google data centers and Pixel phones. It confirms that the firmware has not been changed at boot time, and the encryption element RoT (Root of Trust) is used to verify it. He said it was an Open Titan project. 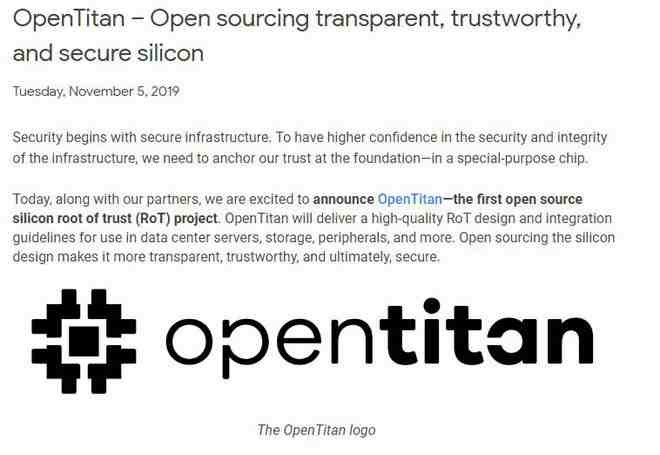 The Open Titan project will also be co-developed with partners from Google, nuvoton and Western Digital, with the collaboration of ETH Zurich and G + D under the management of the low-profit company lowRISC CIC in the UK.

Lastly, Google said it will research and develop various products as it is a partner association and engineering project that provides various perspectives, ideas and expertise. Open Tian’s main principle is to build RoT that anyone can trust, including volatile memory, nonvolatile storage, defense mechanisms, IO peripherals, and secure routing.

More information about the OpenTitan project and how to participate can be found on the Google Open Source official page.