Although Windows 7 mainstream support is over, the operating system will still receive Microsoft’s monthly security patch. However, this extended technical support will also end on January 14, 2020, when Microsoft completely stopped supporting Windows 7, and shifted more energy to Windows 10 systems. 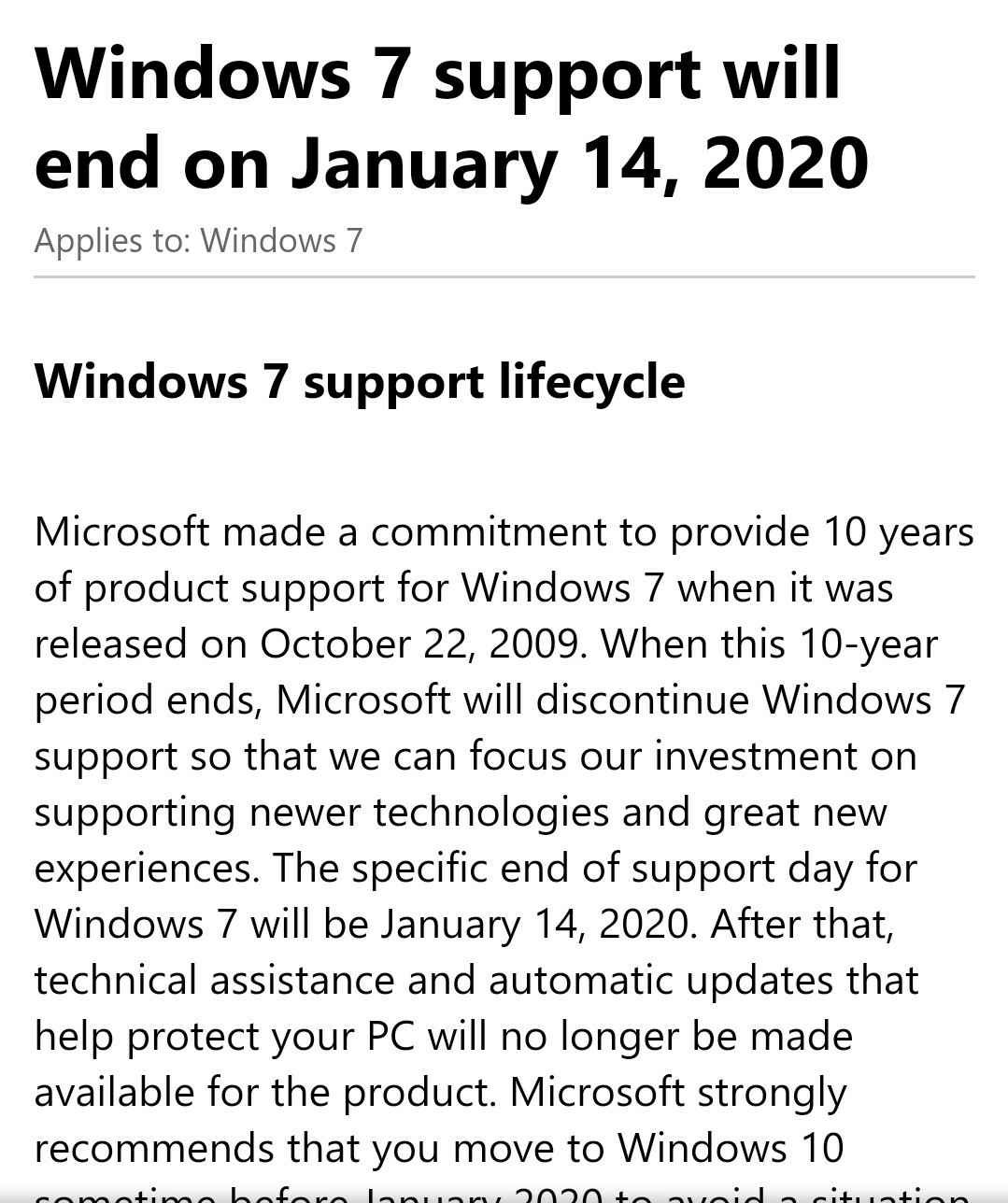 After Microsoft ends the extended support for Windows 7, your computer will not be interrupted or stopped working, but if you have problems with your Windows 7 computer, it will no longer receive monthly updates and technical support.

Windows 7 will end its support on January 14, 2020, leaving only one year left today.

As more and more users migrate to the latest version of Windows 10 to receive security patches, the end of Windows 7 support will greatly increase the market share of Windows 10.

There is no doubt that the “death” of Windows 7 will improve the number of Windows 10 upgrades, and the end of Windows 7 support may also increase PC shipments.

Windows 10 was launched in 2015, but not everyone wants to migrate to the latest version of the Microsoft desktop operating system.

Recently, statistical survey companies StatCounter and NetMarketShare declared Windows 10 to be the most popular operating system. Windows 7 is losing momentum at a fairly slow pace, but by January 2020, the user base may be severely affected.