Apple has released a software update for the iPhone and iPad, and it should also address the vulnerability in Apple’s mail app. Report the expert portal “Heise online”.
With the latest iOS update version 13.5, Apple now completely closes the software gap in the mail app on mobile operating systems. This is reported on the IT portal “Heise online” by referring to the blog entry from the security company cops.
Security companies have discovered a vulnerability in the iPhone operating system’s mail program, which may already be exploited on the first iPhone with iOS 3.1.3 installed.
After all, the solution to the problem is simple. Users only need to install new updates and it is already available on their device. In addition to the update to version 13.5, additional updates to iOS version 12.4.7 are also available for older devices such as iPhone 5.
If you have not yet received the update via the on-screen display, you should do the following: Connect your device to the charger, enable WLAN, then go to “Settings> General> Software Update”. Then click “Download and Install”.
After installation, the secure iOS version 13.5 or 12.4.7 should be running on the device.
The Federal Office for Information Security (BSI) also warned of a vulnerability in the Apple Mail app discovered by security company Zecop. 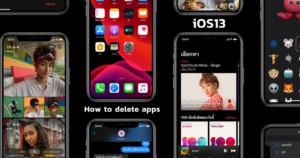 BSI warned of possible attacks
According to BSI, these were on Apple’s mobile operating system, and attackers have been able to access their iPhone or iPad by sending a rigged email, reading, changing, or deleting the email. Whether this is actually used is controversial.
Apple said there was no evidence that the vulnerability had already been exploited to harm customers. Based on the information available, the vulnerability was determined to “do not pose an immediate risk to the user” and the company was advised to fix the issue with the next iOS update.