Apple has released iPhone users to update to the latest operating system software, iOS 13.4, which will include the new Momoji Sticker and the sharing of the iCloud Drive folder from the file app, as well as fixes. Shortcomings and improve efficiency too

For this software update, the file size is quite large, about 983.7 MB. For the  iPhone 11 Pro, recommend to fully charge the battery. And back up the data before updating and use stable Wi-Fi to download the update file. IPhone users can update directly by going to Settings> General> Software Update.

This update also includes bug fixes and other improvements. This update will:

Some features may not be available in all regions or not on all Apple devices.For information about the security content of Apple software updates, please visit this website:  https://support.apple.com/ 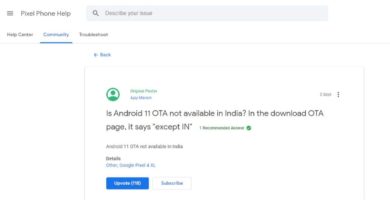 2020 Android update is not rolling out in India yet

Adobe Flash Player ushered in the end: the last update, disappear after December 31

In less than three weeks, 2020 will be over, and Adobe Flash Player will also have its end. Adobe announced

Android 7.1 and older systems will be stopped with certificate signing from January next year: N many web pages will not be accessible

OPPO is here to hold an event for the launch of ColorOS 11, which is Android 11 next week.

It seems that the official release schedule of Android 11 has been revealed, almost as usual