The data, released by Iinformaticacero, contains key lineups and detailed product-specific specifications for 10th generation desktop core processors, confirming that it contains all the factual information except price.

In particular, the i9-10900K adds a step called Thermal Velocity Boost, which was not available in the previous generation, and boasts the fastest speed ever, 5.3GHz on a single core and 4.9GHz on an all-core. Thermal Velocity Boost may seem a bit unfamiliar, and as you might guess from its name, it’s a new turbo boost technology that evaluates and speeds up cooling solutions. 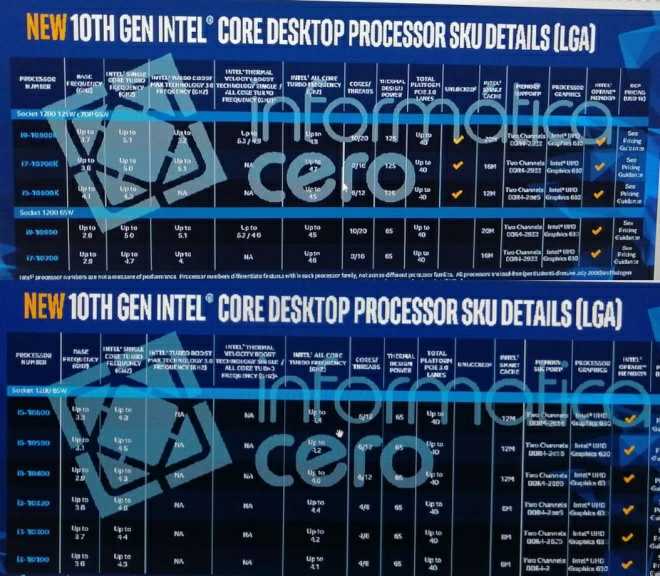 Non-K skew models only include Turbo Boost Max 3.0 and Thermal Velocity Boost, but the basic boost clock was provided to help improve overall performance. Hyper-threading, which was only available in some models of the 9th generation desktop core processor, has been extended to the entire lineup to maximize CPU core utilization.