Google is now rolling out a new update to the Play Store with latest software version 12.2.13. This update is available for download as an APK, file which can be installed manually.
This is the latest update after the release of version 12.0.20

Talking about this update we don’t expect new features in this update but  there are plenty of bug fixes and under-the-hood performance improvements.

So if you want to update it’s available as an APK file, you can install and update over existing version to v12.2.13 automatically. 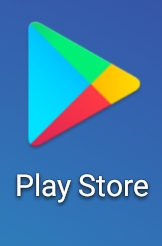