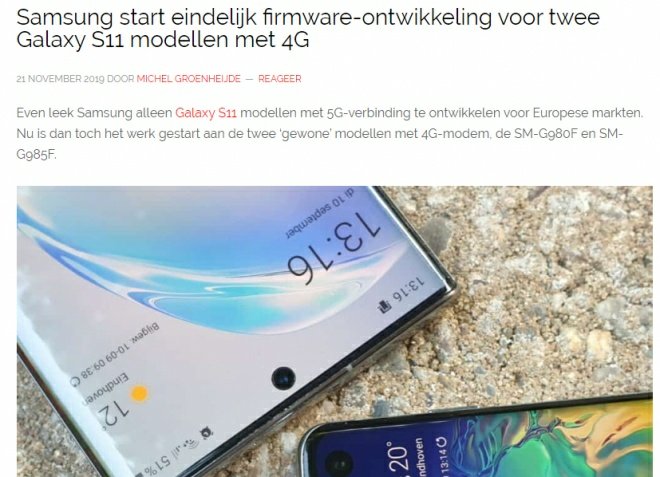 However, the media confirmed that they are developing software for the 5G model as well as the Galaxy S11e and Galaxy S11 4G models that will be released in the European market including the Netherlands and Belgium.