Apple released the official version of iOS 12.1.2 in the early hours of Tuesday, the fourth upgrade since the iOS 12 operating system was released in September. Apple pushed iOS 12.1.1 two weeks ago, and the first developer beta of iOS 12.1.2 was released a week ago.

It is understood that this iOS 12.1.2 update is only available on the iPhone, currently users can use the “Setup – General – Software Update” path for OTA download. According to an update released by Apple, iOS 12.1.2 is a bug fix update. The release time is very strange, because Apple usually releases multiple betas before releasing software updates, while iOS 12.1.2 only released a beta. The beta version is officially pushed to the user. 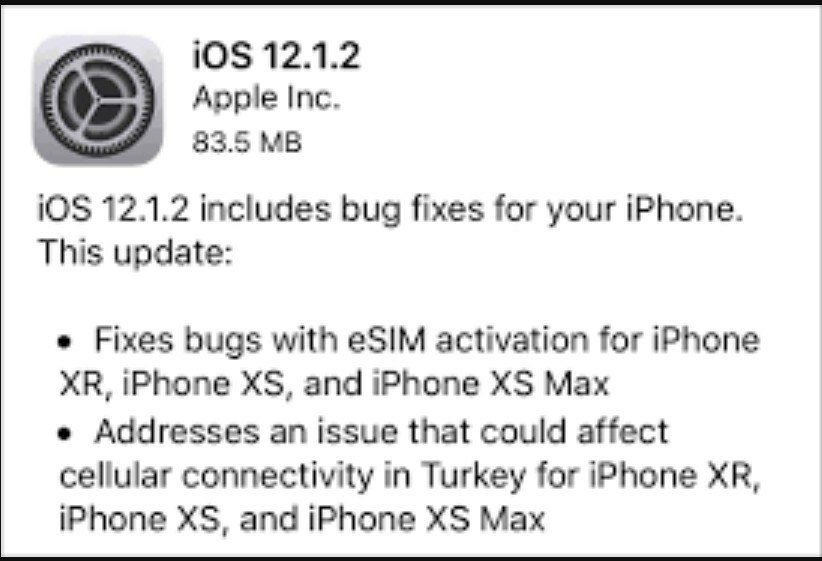 It is worth mentioning that iOS 12.1.2 contains special changes for Chinese users. In this update, Apple introduced a new animation when the application is forced to exit. In iOS 12.1.2, Apple changed the app to apply a slide-out to a zoom effect.

Last week, the Fuzhou Intermediate People’s Court issued a ban on some old iPhones, prohibiting Apple from importing and selling almost all models of the iPhone in the Chinese market. The ban is based on two patents for resizing photos and managing applications on a touch screen. Apple responded that it will release software updates to address potential patent infringement issues. The following is a complete update for

iOS 12.1.2 includes a unique change for Chinese users, which is a new animation when the app is forced to quit.