I didn’t expect more confusion. USB-IF officially announced USB 4 today. Note that it is not USB 4.0, it is USB 4 (this is a bit like the name of Bluetooth 5, Android 9 Pie when it was introduced, although it will be habitually added to the “.0” suffix).

In terms of transmission rate, USB 4 has doubled its peak compared to USB 3.2, reaching 40Gbps(dual channel).

Is it a bit familiar? That’s right, Intel’s Thunderbolt 3 (Thunderbolt 3) interface is 40Gbps, but the earliest applications can be traced back to 2015.

To put it simply, USB 4 is equivalent to popularizing Thunderbolt 3. After all, Intel has announced that it will be open to the public and will be exempt from licensing fees. Starting from 10nm Ice Lake, it will integrate support for Thunderbolt 3 at the processor level. Of course, USB 4 is much more open than Thunderbolt 3, because the use of Thunderbolt 3 must be strictly certified by Intel (only 463 models so far). 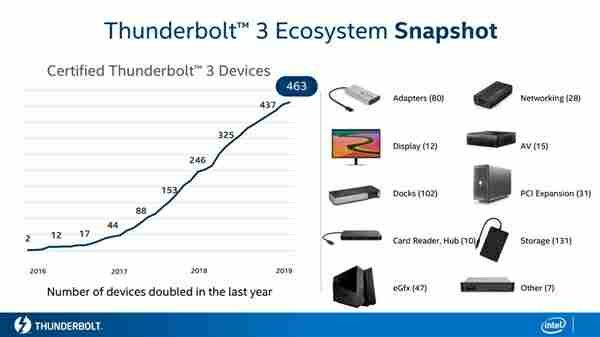 For other parameters, USB 4 provides up to 100W of power, an external graphics card, two 4K displays or a single 5K display.

In addition, unlike the USB 3.0/3.1/3.2 era, which uses the color interface for intergenerational differentiation, USB 4 does not have this requirement, and only the Type-C media plane is recommended.

At present, the entire version of the USB 4 standard is still being revised. It is expected that the original version will be released in the second half of this year, so it will take another year for large-scale application.